The region’s ports began to reopen, airports resumed passenger flights and train services were restored as the city dropped its typhoon alert to the lowest level. Commuters returned to work in the Lujiazui area, home to mainland China’s biggest stock exchange and major banks and insurers, as subway service restarted.

The storm -- which was forecast to be the largest to hit the Yangtze River Delta in 10 years, according to Caixin Media -- made landfall in Zhoushan, near Ningbo, at 8:30 p.m. local time Wednesday and arrived in Shanghai around 12:30 a.m. Thursday.

Muifa is currently heading north, weakening to a tropical storm with wind gusts of 86 miles (138 kilometers) an hour, according to the US Joint Typhoon Warning Center. The China meteorologic administration predicted it will make a third landfall at refinery-rich Shandong province Thursday night.

Initial reports suggested limited damage and minor flooding around Shanghai, though local media reported that more than 400,000 people were evacuated.

Shanghai’s two major airports canceled all flights as of late afternoon Wednesday, while more than 380 trains in the Yangtze River Delta were suspended.

Muifa followed close behind Super Typhoon Hinnamnor, which brushed China’s eastern coast last week. That storm, while much more powerful, caused only minor disruptions as it headed toward South Korea.

While Shanghai is recovering from Muifa, attention is beginning to turn toward Asia’s next big storm, Nanmadol, which is growing in strength south of Japan and could hit that country early next week.

The University of Memphis and IAMPE Sign Academic Partnership Agreement

The MOU will also designate the University as an Academic Partner of the IAMPE. Under the MOU, U Memphis and the IAMPE will acknowledge and endorse each other’s programs related… 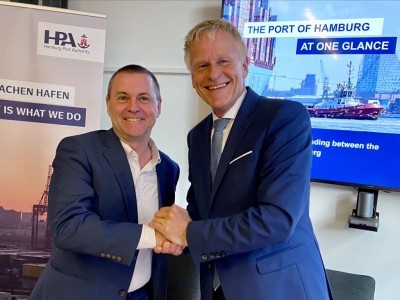 Ports of Halifax and Hamburg working to decarbonise shipping corridor