About every eight minutes in Venkat Viswanathan’s laboratory at Carnegie Mellon University’s mechanical engineering department, two robots—Otto and Clio—complete an experiment that could help accelerate breakthroughs in lithium-ion batteries. Viswanathan, 35, studied mechanical engineering in Chennai at the Indian Institute of Technology Madras before turning to fluid dynamics and batteries at Stanford. Now he leads a group at Carnegie Mellon focused on improvements that could help power passenger aircraft with a technology that, 30 years ago, was only for camcorders.

To build batteries that could enable electric long-haul trucks and aircraft would require changes to the four main components: two electrodes—cathode and anode—between which trillions of charged lithium atoms travel; an electrolyte that enables the movement of those ions; and the separator that prevents electrodes from coming into contact and causing fires.

Viswanathan also has insights into looming advances as an adviser to QuantumScape Corp., the developer in San Jose that raced to a $20 billion valuation with a promise to increase the range of battery-powered electric cars by 50%, and as chief scientist for Aionics Inc., which is using artificial intelligence to speed up battery development.

He spoke with Bloomberg Markets in June about what he sees coming next. The comments have been edited for length and clarity.(At 9am New York time, Bloomberg Terminal customers can tune in here for a TOPLive Q&A with Viswanathan.

What drew you to the world of batteries?

Probably the most influential thing happened accidentally. I interned at Bosch [Robert Bosch GmbH] in Palo Alto in 2010, and the problem they defined for me was to work on lithium-air batteries. I had never done any work on batteries. When I went back to Stanford, lithium-air became my main thesis topic. It was the hardest thing to work on at that point.

I did not work in a group traditionally known for batteries, which was bad and good at the same time. I had my own identity when I left. Lithium-air didn’t have the usual battery people: Jeff Dahn [a key adviser to Tesla Inc.], Stanley Whittingham [a Nobel Prize winner for his lithium-ion work], Yet-Ming Chiang [co-founder of A123 Systems, 24M Technologies, and Form Energy]—none of them did lithium-air, because it’s a fundamentally different technology.

What that led to was a new generation of people with a totally different mindset.

What changes are we most likely to see in battery technology in the coming years?

In five years, it will be changes related to modifying anodes to add more silicon than we have today and using lithium metal. In 10 years’ time, all the action will be on cathodes, and you’ll pair it with lithium metal. Lithium metal is the end of the road for an anode—you can’t get any better than that. Battery materials R&D will all shift focus from EVs to aviation in 10 years’ time.

How will using more silicon or lithium metal in the battery anodes improve performance?

We have batteries that are great for passenger sedans, and there’s a 400-mile battery range car, but a large portion of your main market—long-range trucks and pickup trucks—is actually still weight-constrained and energy-density-constrained, so those would benefit a lot.

Urban air mobility, if it takes off in the way we’re expecting, will use these lithium metal or silicon anodes. They need it for their business case, because flying is the one place where weight brings you down, literally. Lithium metal will become the way for aviation to progress, first from urban air mobility, then you might have regional aircraft.

What are the problems we need to solve to advance battery-­powered aircraft?

The very first thing that is going to be pushed by aviation is to get the same performance of today’s lithium-ion batteries without a flammable electrolyte.

What will be the limits of battery technology for aviation?

Regional aircraft can be fully electrified with known and manageable battery technology, maybe even with just lithium metal. The Cessna-like aircraft, and maybe a Boston-to-New-York type of small flight. Those will be electrified without a doubt with future lithium-ion batteries.

Next are the two main categories: the single aisle, or narrowbody; and the twin aisle, or widebody. A narrowbody probably needs—the exact number is debated, maybe three times, maybe five times—some multiple of where we are in today’s lithium-­ion batteries in terms of energy density. Many will contest that the narrowbody is also not possible, but I think narrowbody will just require battery makers and aviation to deeply integrate together.

Think about lithium metal. Now it’s simply a question of when and not if. Why? Because there was just an astronomical amount of investment. We know the blueprint, and in this case it’s $300 million and 10 years. With widebody aircraft, I don’t think we’re going to get there with battery power.

Do you need a startup like QuantumScape to come along to get more investment in the aviation battery field?

Each of these fields has the same style. QuantumScape’s Jagdeep Singh had just exited something where he had a significant network. So he could say, “OK, I’m going to do this, and capital is not a constraint.” JoeBen Bevirt did Joby Aviation in exactly the same way. He had just sold the Gorilla­Pod company [Joby Inc., maker of the flexible camera tripod] and then put in his own money and [could say,] “I’m gonna want to do this for, like, 10-plus years, and raise, like, $1 billion in capital.” That’s the scale of capital and time and willpower needed.

What are the other major problems the battery sector needs to tackle over the next two decades?

Long-duration storage, which requires $10 per ­kilowatt-hour at the battery pack level—that’s certainly a real market that will make a huge dent in emissions. It requires crazy amounts of innovation, because at $10 per kilowatt-hour you just have to get everything right. You have to get the cycle life right and cheap materials and so on. That’s the other space that I think is huge, and I think we’ll be able to store renewable energy for days to a few weeks.

What are the prospects for potential alternatives to lithium, such as sodium-, zinc-, and aluminum-based batteries?

Sodium doesn’t unlock anything new, other than lower costs. It’s basically an inferior lithium. There are people who have made sodium-ion work in price-sensitive markets like backup for data storage. Geopolitical or domestic manufacturing constraints may allow sodium-ion to penetrate. There may be an opportunity for small vehicles, like two-wheelers and tuk-tuks, but even that is a stretch.

A magnesium or an aluminum system, they’ll have a place in the primary battery market [single-use or disposable batteries]. The secondary market [rechargeable batteries] is very tough for nonlithium-based approaches.

In the past, materials took 18 years to go from the lab to a ­commercial battery cell. Is machine learning shrinking that time?

This is where I’m really, really bullish. With good statistical practices, plus some simple machine learning, we can eliminate 90% of the experiments done today. The cost saving is easy. The harder question is time. The 18-year rule holds that it takes 18 years from lab to commercialization. Can you progress faster?

That progression has to be something about how we’re able to generate intuition and guesses faster and better, and the robotization of early stage R&D will really allow us to go faster. Machine learning will certainly shrink the cost. I think robotization of the experiment is really needed to shrink the time.

To what extent do you use robotic experiments now?

We have Otto and Clio, two robots that give us the ability to generate what 25 graduate students would be able to do in my lab. Basically they’re on all the time.

In fact, during Covid restrictions, our productivity went up, because we suddenly went from having a human monitor the robot to having no one there. We kept running 24/7, and our productivity went up by three times. We let the robot run fully autonomously for four full days, and it found an electrolyte that was better than the best electrolyte known in that particular design space.

Electrolytes are really simple. It’s literally like making a cocktail. You take a bunch of components, mix it, and then taste it—which is to test it in a cell—and then say if it’s good or not, right?

The other problems are more subtle, more like cooking. I think it’s safe to say that artificial intelligence robots can make new cool cocktails today. I don’t think we’re yet where we could chain 20-step, 50-step recipes together.

Stringer is team leader of Bloomberg News’ Asia energy team in Melbourne, and Rathi is a reporter for Bloomberg Green in London.

The State Railway of Thailand has set up a company to manage and monetize its most-valuable properties in an effort to reverse decades of losses.

Southwest Airlines Co.’s next chief executive officer said the carrier is wary of sharing no-fly lists with other airlines, as advocated by Delta Air Lines Inc. to protect flight crews… 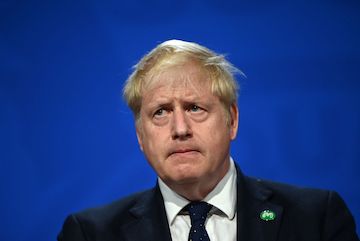 The easing of U.S. and U.K. travel restrictions is breathing new life into European airline stocks.

Sudan is in talks with protesters to lift a port blockade that has halted the shipment of South Sudanese oil and threatens the two nations’ economies.

American Airlines Group Inc. pilots’ union called for the removal flight operations managers, citing years of poor performance including delays that forced the carrier to trim its schedule this summer.

WFS announces acquisition of Pinnacle Logistics, strengthening its cargo handling platform in the US