More than $2.2B in projects to strengthen regional infrastructure

The St. Louis Regional Freightway announced the 2021 Priority Projects List representing key infrastructure needs of the manufacturing and logistics industries in the Eastern Missouri and Southwestern Illinois area. The list includes 21 projects representing a total investment of $2.2 billion, with half that amount covering infrastructure projects that are already under construction or funded and expected to get underway, some as early as this year. The list indicates tremendous progress is being made on nearly two dozen projects that will strengthen critical roads, bridges, rail infrastructure and port and airport facilities across the bi-state St. Louis region.

“The Priority Projects List is a valuable tool used by the St. Louis Regional Freightway to align and amplify advocacy for support and funding for critical infrastructure improvements,” said Asim Raza, Chief Legal Officer and Director of Corporate Affairs for the Terminal Railroad Association of St. Louis (TRRA) and Interim Chairman of the Freightway’s Freight Development Committee. “The ongoing regional effort to compile and build consensus for this list remains a key accomplishment of the organization and plays a vital role in helping to ensure various parties are familiar with the priorities before they see them on a grant application. This list emphasizes how stakeholders on both sides of the Mississippi River can work together for the benefit of the entire St. Louis region.”

Among the priority projects funded and under construction are the $222 million project to replace the Merchants Bridge, a vital rail artery across the Mississippi River and one of the nation’s primary east-west rail corridors serving the nation’s third largest rail hub and the $42 million Interstate 255/Davis Street Ferry Road Interchange in St. Clair County in Illinois. That project was elevated to one of the Freightway’s highest priority projects last winter based on the growing importance of Union Pacific’s intermodal yard in Dupo, Illinois, and the role the new interchange will play in facilitating growth there by reducing travel times and lowering transportation costs. The importance of this project was reinforced by David Branding, Managing Director for the St. Louis office of Jones Lang LaSalle (JLL) and head of the company’s St. Louis industrial practice, who participated in FreightWeekSTL 2020. He noted that the further development of the intermodal yard could help the St. Louis region to better compete with other Midwest cities that may currently have an advantage with an existing intermodal yard.

Other projects currently underway range from $20.7 million in improvements for the J.S. McDonnell Connector Access Improvements in Missouri to the $20 million expansion of Illinois Route 158 (Air Mobility Drive) from Route 161 (IL) to Route 177 (IL), a project that jumped from the concept and planning phase on the 2020 list to currently under construction as reflected on the 2021 list. Looking to the projects partially programmed for construction, nearly $600M in funding has been approved for the Interstate 270 corridor improvements in north St. Louis County (MO) and Madison County (IL), including the Chain of Rocks Bridge replacement connecting the two states. Also moving up on the list are improvement projects on Interstate 70 from Wentzville to Stan Musial Veteran’s Memorial Bridge, a trend industry experts were pleased to see.

Branding who represents owners, investors, corporations, developers and others in their real estate transactions, is also a national director and officer of JLL and a member of the Supply Chain & Logistics Solutions Team. It is a dual role that gives him a unique perspective on the importance of infrastructure investment.

“The I-70 reconstruction and expansion between Kansas City and St. Louis is a game changer,” said Branding. “The St. Louis region is a distribution metro, and distribution relies on trucks and those trucks rely on the smooth, safe movement of freight. Chicago is a big competitor and is fed by two major east-west interstates, I-80 and I-90. If we are going to remain relevant and competitive, we have to have good connections on I-70. It is our major east-west corridor. That project is crucial to the region and will be a big part of our future successes.”

New to the list of priorities for 2021 are improvements along Interstate 55 in Jefferson County to support heavy truck movement and existing and future port operations, and a Terminal Railroad Association of St. Louis dewatering project in front of the Gateway Arch National Park to help ensure that freight and passenger rail traffic can continue to operate during  major flood events.

The Priority Projects List is compiled annually by the St. Louis Regional Freightway’s Freight Development Committee, which  is a nationally recognized model of partnership and productive collaboration between the public and private sector across the eight-county area the St. Louis Regional Freightway serves and has driven the success in regional project prioritization. Business and industry leaders work directly with local and state officials and DOT’s to set infrastructure priorities by helping them to understand how infrastructure and efficiency impacts on-time delivery and costs.

“It goes without saying that continued infrastructure development is key to continued regional recognition and economic growth,” said Chester Jones, Supply Chain Operations for True Manufacturing Company, Inc. in O’Fallon, Missouri. “We must continue to deliver ease of movement, low congestion and quick access to major roadways and waterways. The St. Louis region remains primed to take its place as a global hub for logistics and the movement of goods throughout the United States and internationally. This list of projects goes a long way toward achievement of that goal.”

According to the U.S. Census Bureau Economic Census, freight-based industries represent more than 75 percent of the total economic output in the St. Louis MSA. Located at the confluence of three navigable rivers, the border between the east and west coast railroads, and with its four interstate highways and four interstate linkages, the St. Louis region’s central location and robust infrastructure afford many advantages for shippers and contribute to the region being one of the largest inland freight hubs in the nation. Mary Lamie, Executive Vice President of Multi Modal Enterprises at Bi-State Development, which oversees the St. Louis Regional Freightway as one of its enterprises, commented on the role the list plays as the Freightway works to grow the $6 billion in goods moving through the St. Louis area by road, rail, river and runway.

“This type of progress doesn’t happen overnight,” said Lamie. “We continually invest the time and effort and lay the foundation to make sure that all necessary parties are familiar with our priorities and understand why they are priorities, so they can advocate for funding for them. It’s tremendous validation to see projects on our list move forward and contribute to the enhancement of our region’s freight network.”

Ryan Krull, Sales Manager for Watco Companies, L.L.C., a leading transportation and supply chain logistics company with operations in the St. Louis region, underscored the significance of these efforts for his business and others.

“From a freight transportation perspective, reliable and efficient transportation infrastructure is absolutely critical to meeting the demands of today’s fast paced supply chains,” Krull said. “The list of current and future infrastructure projects occurring across the Bi-State St. Louis region will not only allow freight to move more safely through the region, but also enable strategic advantages for companies looking to reduce costs and run leaner supply chains. Once these projects are completed, these improvements will benefit not only the companies located in the Bi-State region, but companies throughout North America that use the St. Louis region as a corridor for moving their freight. Kudos to everyone involved in the St. Louis Regional Freightway for the continued success in improving our freight infrastructure.” 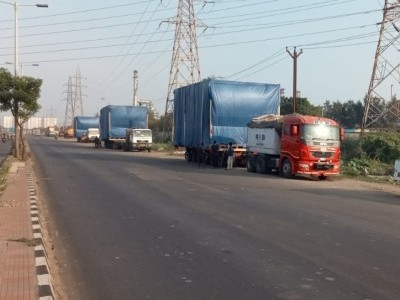 Movement of module for government PSU in South India 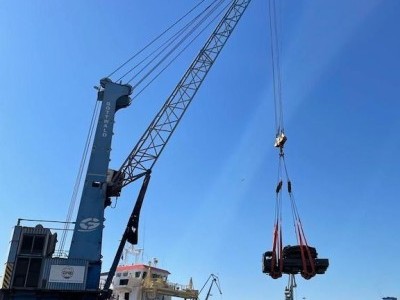 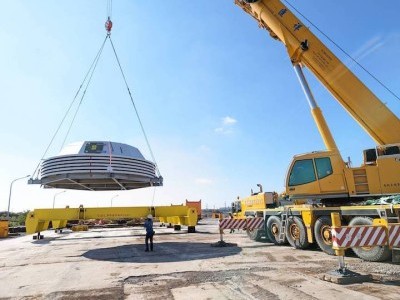 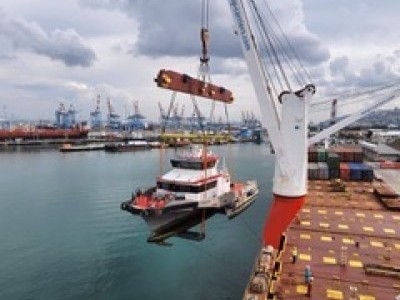 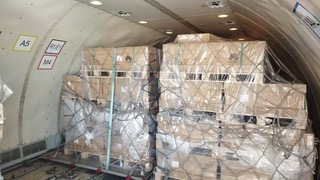 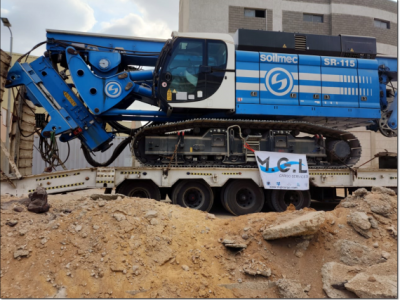 WorldACD Air cargo trends for the past 5 weeks (wk 2):